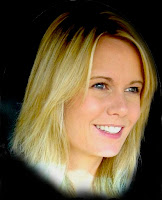 On the Wave Productions has launched ProVideoRental "PVR"
PVR provides all the latest as well as vintage gear for all your Video and Audio needs. From DSLR's to Panasonic 3700 to Sony CineAlta 35mm Cams, PL & EF L Glass,  support gear, Grip, Gaff, mixers, PA's Vintage Mics, PRE's and a ton more. We're confident we have what you need or can get it if we don't. And we go the extra mile!
Well how's that you ask?

Well if you don't know how to use it we have crew ready to help out. We'll even provide training to your personnel on any of the gear to get your production up and running fast. Just ask our experienced filmmakers Nicole or Julie for assistance and they'll make it happen !

From Step vans to 40ft trucks we stand ready to assist you today!

Posted by OnTheWave at 7:14 PM No comments:

Well I believe our film work speaks for itself this year! We've worked on Indies, Feature films, Documentaries and they all have that multi-million dollar look & Feel along with a high production value thanks to the innovation in cameras and support gear that has revolutionized our industry the last 2 years.

From automated dollies, portable cranes, sliders, 35mm rigs from run 'n gun to the big Stereo rigs from 3Ality we definitely had our most productive year ever. Just wanted to thank ZEISS, KESSLER, ANTON BAUER, ARRI, LITEPANELS, ZACUTO, Paramount Pictures, SONY Pictures, Mandalay and all our sponsors for putting their faith and believing in what we could produce with their gear! We've made $100,000.00 films look like 4-5 million dollar productions and 5-7 million dollar films look like epic blockbuster 50M films ! If you want expertise and the best in film for your budget minded productions you can trust the expertise at On the Wave Productions! We're not just your normal production crew, we are Directors, DP's and most important innovators ourselves and  experts at using the newest gear available.

Our relationships with our sponsors such as Zeiss, Canon, Sony, Kessler and many more speak loud and clear. This is why they put their trust in our abilities for feedback to improve the products that they bring to market.We pioneered HDSLR film making alongside incredible people in our industry such as Vincent Laforet, Phillip Bloom, Shane Hurlbut, Robert Primes, Nancy Schreiber, Steve and Jens from Zacuto, Eric Kessler and more. Now we're integrating even more with ARRI ALEXA's, SONY CineAlta Cameras and Panasonic AF100's so you get the best fit for your budget!

So checkout some of the new gear on it's way to OTW and some that has already arrived!


Posted by OnTheWave at 6:36 PM No comments:

Well we've been keeping Producer/Engineer Steve Miles busy as can be. Steve's spent the last 3 months producing on a new CD for up and coming artist Conor Patrick. Cello, Slide Guitar, Pedal Steel, Hammond B3 with Leslies ! It's going to be one tasteful CD in the genre of Country-Folk Crossover, very cool tunes.

Also up is Travis Tighe and this kid can really sing and slams on guitar & Keyboard too! Heading to college next year he's creating a great demo and we'll post some video of Travis laying it down in the studio soon!


Our veteran of music is none other than Joel Jamison multi talented Singer, Songwriter, Keyboard & Guitar player and and DRUMMER! Joel just finished his new CD here at the studio!


Posted by OnTheWave at 5:08 PM No comments: