Premieres galore for On the Wave - HIFI projects this Month!

Well June is going to be a busy month of watching PREMIERES for all of use here at HQ. BERNIE will be kicking off the Los Angeles Film Festival JUNE 16th ! Both Jack Black & Shirley Maclaine will be there and of course Michael and I will be there too! 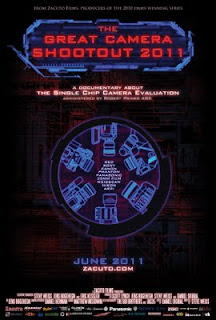 Also on June 15th "The Great Camera Shootout" will premiere as well.

Zacuto’s & Kessler's Emmy award winning series, The Great Camera Shootout 2010, is back with a brand new breed of cameras, a fresh set of challenges and plenty of new episodes. The Great Camera Shootout 2011 is a documentary about the Single Chip Camera Evaluation (SCCE) which is a large scale technical camera comparison administered by Robert Primes, ASC.  The documentary was designed to educate and broaden the understanding of the elements that create image quality.
Eric Kessler recruited Harry to Direct and DP the 2nd unit shots all on Kessler gear, Cranes, Sliders and more for this award winning series. Mike Braniger was Gaffer and Stephen Posner was my AC! See it here THE GREAT CAMERA SHOOTOUT II. 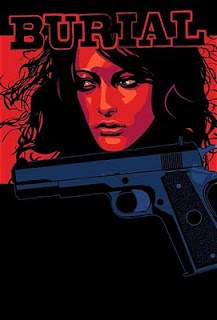 Also coming up in late July the long awaited Premiere of Karl Ford's "BURIAL." We'll have some footage up soon of this action packed drama!

The Director is now on the 6th rev of this film noire project and I can tell you it looks FANTASTIC. It was an interesting project to have 2 DP's but Orlando and I were in complete harmony and it paid off visually. We used all CANON DSLRs for the entire shoot ! Pushing the technology to it's limits with the help of Canon and Zeiss and Kessler! I had fun Directing 2nd unit as well and NOOT did all of her own stunts!!

Posted by OnTheWave at 10:11 AM No comments: