UPDATE !! KAUAI's CORAL REEFS DYING OFF AT AN ALARMING RATE!

UPDATE: You can add the Big Island to the mystery as well! Check it out here. The situation that is taking place on the North shores of Kauai reads like a movie thriller or a Clive Cussler novel. Real bad guys, government officials turning a blind eye to subdue the story behind a real pathogen wreaking destruction in the tropics and most certainly it will become a health risk to humans. Anini's reef system is collapsing as you are reading this.

Check out this video:

Kauai's North shore coral reefs are in severe peril, they are under attack and losing the battle at an alarming rate.  The suspects range from the Navy's underwater sonar blasting to leaching and runoff of heavy metals, pesticides, fertilizers and chemicals from previously used agriculture lands to global warming and rising seas! Perhaps all combined and breaking down the Corals resistance.


A Blue-Green algae, aka cyanobacteria is the organism that is currently destroying the corals and leaving behind dead zones and brown ocean water with a pungent odor. It was first discovered by our local hero, Terry Lilley, a biologist, marine critter "Whisperer" and eco-minded whistle blower! For his efforts he has been rewarded with a beating resulting in a broken arm, shots being fired in his vicinity and the latest a mysterious heart attack. Mind you Terry is an avid surfer and diver in peak physical condition! He has repeatedly subjected himself to daily dives and water excursions in now murky and perhaps toxic waters on the North Shore.

Almost on a weekly basis now entire coral habitats once thriving with an abundance of sea life and clear blue pristine waters are morphing into dead zones, oxygen deprived regions of ocean due to the die off. The bacteria is pervasive, it has jumped species from one coral colony to another and it even has company. Another bacteria that appears as a black band on the leading edge of destruction mowing down coral as voraciously as the host it precedes! The amount of reef consumed in a month equates to over 10-15 years of natural coral growth!

The story has been in the news and you can see by clicking on the active links. L.A Times, Hawaii Reporter, Garden Island,  on radio, on several network news programs and both NOAA and the USGS are now involved...

There is far more to this story then proverbial "Meets the eye" and On the Wave Productions is moving forward to seek out the cause along with Terry, NOAA, USGS and more scientists who are coming onboard! So stay tuned for more details! We were there in April, July and August and will return again in October for more filming and investigating!


Please check out Terry's foundation at underwater2web.com and donate to this noble cause. 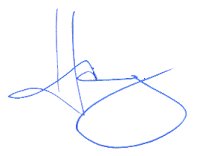