CRANE or JIB vs DRONE

With the advent of Sonar based sensing for flying a drone indoors as well as their incredible outdoor GPS based flying it seems that 200-750lbs worth of crane gear and time to assemble and operate may be a thing of the past!

There certainly are the obvious reasons of one over the other, SAFETY and NOISE being at the top of my list. You're not going to fly a drone to film a live indoor concert or theatrical play...

But lets actually compare a shoot with a drone vs a jib/crane...

We'll be using the KesslerCrane 18ft model vs. the DJI Inpsire 1 and lets see if you can tell the difference! 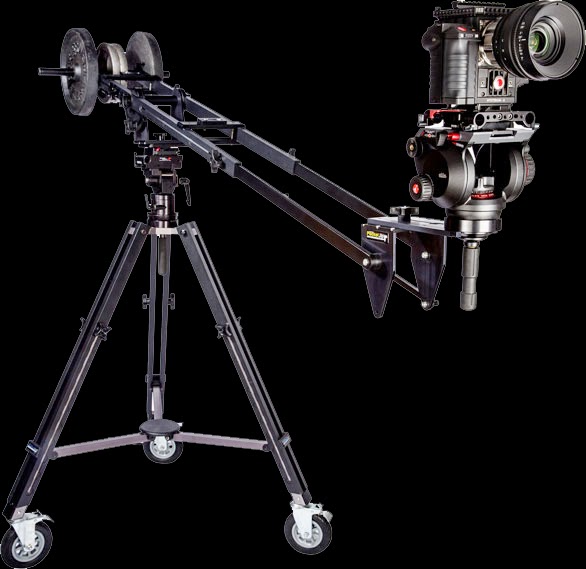 We are shooting this today so standby for the updated post!
See the INSPIRE FALLS SHORT POST. INDOORS WAY TOO MUCH DRIFT!
Posted by OnTheWave at 8:49 AM 4 comments:

SOLO's POWERFUL FEATURE SET-Does it live up to it...Well see the summary at end of blog.

It’s this easy: Just use the live view on your mobile screen to guide Solo to your desired start and end points. Once those are set, Solo is automatically locked to the virtual cable between them. Now you can focus exclusively on capturing the exact shots you want as Solo moves up and down the tracks—or just push “play” and let Solo handle the camerawork. And really: Even professional pilots can’t get these kinds of shots.

Get an iconic wraparound shot by locking your GoPro® onto any object with the push of a button. Orbit mode puts Solo on a circular track with an adjustable radius. Fly around the circle in either direction and Solo will keep the camera locked on your subject. You can also adjust altitude and flight speed to create dynamic and sophisticated aerial shots.
It’s this easy: Once Solo is in the air, point the camera at the object you want to film. Press the assigned “Orbit” button and the camera stays fixed on the object. The copter is now locked into a circle around the object. Now control the speed and direction of Solo’s orbit and capture perfectly smooth wraparound shots with no uneven or jerky movements—or tap “play” and Solo will do it all.

Automatically put yourself in the middle of a scenic aerial pullout shot. As Solo flies itself up and back, your surroundings expand, building and revealing more and more of the world around you—it’s a portrait and a landscape all at once. Record the clip directly to your phone for easy saving and sharing.
It’s this easy: Put Solo on the ground in front of you with the camera facing you. Tap Selfie, press Fly and Solo will take off with the camera pointed at you, then fly back and up. When Solo reaches the peak of its flight, it will return to land right where it took off, getting an aerial zoom shot on the way back down. Now immediately save and share this unique selfie with others.

Go completely hands-free. Whether you’re taking the road less traveled with your friends, cruising your boat around the lake or just out exploring the world, Solo will automatically follow along in the air. This mode keeps the camera centered on you at all times, capturing your every move.
It’s this easy: Launch Solo and choose Follow. Now Solo is locked onto your mobile device—which must remain with your controller—and you’re ready to film all the action. And since flight and camera control are fully automated, you’re completely hands-free to focus on the activities you love as Solo captures it all.

UPDATE:DJI has added Following and POI in addition AUTOPILOT has added even more functionality to Phantoms and the INSPIRE. So looks like DJI reigns supreme in the skies again! Indoor Flight: STILL NOT STABLE, danger , danger...it drifts considerably and not only on position but it creeps up in altitude as well.  My test was shooting a music video on a soundstage with 16' ceilings and a concrete floor painted white...It was stable at 2 ft off the ground, every foot higher the instability went exponential. At 10 ft off the ground it would drift to the right, a constant drift. Never would it correct for positioning. Challenging to say the least.

1. Toggle the switch to “P” as shown the figure to the right:

2. Place the Inspire 1 on a flat surface. Notice that the Vision Positioning system cannot work properly on surfaces without pattern variations.

3. Power on the Inspire 1. The aircraft status indicator will flash twice in green light, which indicates the Vision Positioning system is

For best results please keep the below factors in mind:

SOLO boasts some incredible features . The biggest issues however are with the time it takes to pass all internal tests and get GPS lock. 7-12 minutes! SOLO also lacks the capability to fly from a moving surface such as a BOAT, no dynamic home, so if it is not on a level non-moving surface it fails its internal checklist and just blinks green and will not FLY in any mode.

Hmmm I think I should talk with Mr. DJI Inspire 1 spokes person Phillip Bloom and get his take as well! 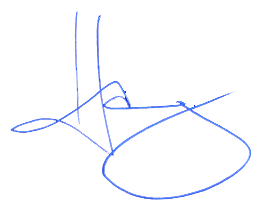 Posted by OnTheWave at 12:06 AM No comments:

OK so some of you are seasoned drone or rather UAS pilots and by now you've pretty much experienced what's commonly called "VAPOR WARE" or "FEATURE FAILURE." The INSPIRE seemed to be the HOLY GRAIL from DJI as it feature list seemed endless. Many of us gambled on the new technology that DJI boasted about this bird! Well I would most definitely like to hear back from "Phantom to INSPIRE" owners and get your valuable input. AS for now I'll attempt to express my sentiment over the INSPIRE 1, mainly what was promised in the way of features and what the reality is today...

I will also draw some comparisons to 3DR's new SOLO coming in May. If it lives up to the feature set that they are describing than I would say the INSPIRE 1 is up for some steep competition.

Before taking a read on the dark side of the INSPIRE I do have to commend DJI on the concept and hopefully fully functional feature set that will one day become available with the INSPIRE 1. And yes of course for creating this incredible market space and products that have truly set the bar for enabling quality film making for those of us working in the entertainment field as well as the incredible data being collected for the industrial and agricultural market sectors.

Lets start out with the somewhat "lacking in function" features:

DYNAMIC HOME POINT
FOLLOWING: Wow this was a big one for those of us filming from moving platforms such as a car, boat, skateboard etc. Quite clearly attempting to set your RC Controller as the HOME POINT FAILS miserably. DJI's excuse, "Well the GPS antenna on your 650.00 controller is not strong enough to provide the signal to the INSPIRE...hmmm, really?

STABILITY
OK here is a clear warning. NEVER TAKE YOUR EYE OFF OF THE INSPIRE for the first 2-3 minutes of flight or you can kiss it goodbye. For some reason it consistently will head to the right... REALLY! We have upgraded the firmware and this still has not been fixed. If you watch it and manually keep it in position than after about 2 minutes it will be stable. Yes it does this whether or not it has been GPS calibrated or you are flying indoors using it's built-in SONAR system.

FLIGHT TIME
I guess it's a bit like the Miles per Gallon sticker on those new cars you may be looking at. Strictly IDEAL conditions for a flight time of 17 min. In other words hover at 5 ft off the ground. Expect 13-14 min of flight time. Anyone out there with the larger battery please chime in on flight times.

GROUND STATION
Oh yeah that's one big reason I went to the Inspire, the ability to plot out your course and easily repeat a flight pattern especially when you are trying to get that big wide opening aerial scene for the film your working on. Sorry but not available yet. Time frame? Well no response on that from DJI

24/7 SUPPORT
Here today gone tomorrow. Wow that was such a great offering by DJI, um where did it go...Well they are in the process of shifting to U.S. based support so suddenly the very cool chat capability from your iPad or any IOS/Android device is no longer available. Time to use the phone and call and yes hopefully the QUALITY of their support, ie training personnel, will improve.

Regarding the new PHANTOM 3 PRO version: Well I have to say I need to get my hands on one. Seems like they are competing with their own product line as this little beefed up Phantom is pretty much the INSPIRE in a smaller footprint. Yep it will fit in your carry-on luggage.


NEXT UP PART 2 HIGHLIGHTS of the INSPIRE and THEN a REVIEW/COMPARISON of 3DR's SOLO !
Posted by OnTheWave at 7:59 AM 7 comments: